Down 4 My Ninjas EP Pre-Order 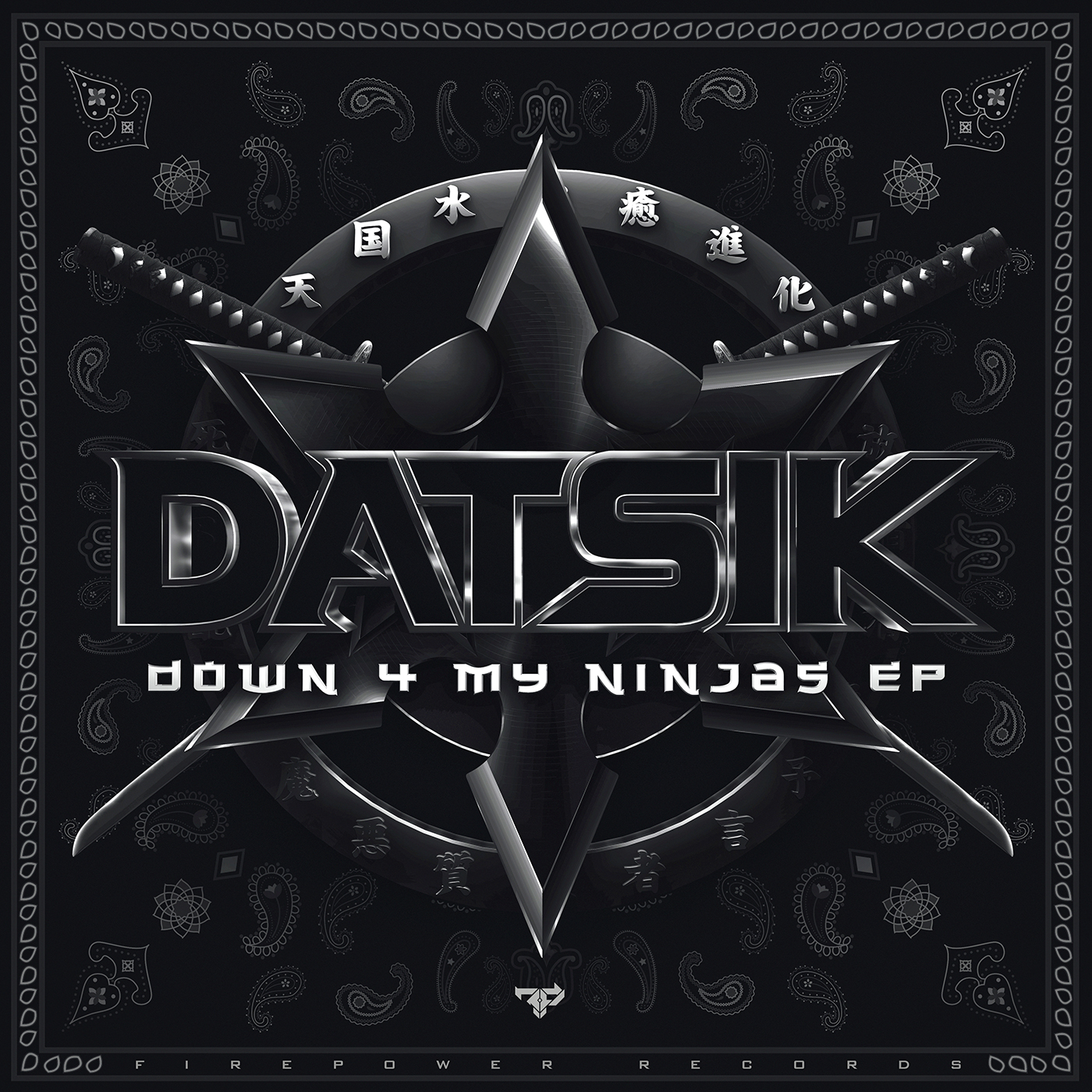 Pre-Order Down 4 My Ninjas on iTunes here: http://smarturl.it/D4MNpre

LOS ANGELES (November 11, 2014) Firepower Records is set to release Datsik’s forthcoming EP Down 4 My Ninjas. Boasting collaborations with Hip Hop legends KRS-One and DJ Paul from the Academy Award winning Rap collective Three 6 Mafia, Datsik shows that sometimes moving forward means cultivating a deep respect for those who’ve paved the path ahead of you.
In what’s proving to be another banner year for Datsik’s Firepower Record label, we’ve seen an onslaught of bass music’s heaviest hitters challenge the paradigms of what genres are supposed to be. While some producers may be risk-averse when it comes to experimenting with their sound, audiences across the globe have rewarded nearly every Firepower Records artist within the past year with prestigious spots on the Beatport Top Ten charts. It’s worth mentioning that every Firepower artist goes through Datsik first, so his willingness to experiment and his forward-looking vision is, in no small way, responsible for the successes his label has enjoyed.

Down 4 My Ninjas is a representation of that vision and that deep respect, and it’s a gift to all of Datsik’s fans, his ninjas, that have been with him every step of the way. The EP is also a homage to the Hip Hop influence on American Dubstep. From Mayor Apeshit’s filthy lyrical swordplay in “Katana” to DJ Paul’s Dirty South “Zero Fucks” attitude in “Get Smashed”, you’d probably find the EP filed in the Hip Hop or Rap sections in record stores of the past. Fast forward 20 years and the lines are blurred. What Datsik has done is given a classic genre new potential energy to burn. All it needed was Datsik’s signature Bass forward approach. What we have left is a formula for Future Hip Hop.

“No Requests” features Hip Hop MC and sage KRS-One, whose unmistakable vocalism and characteristic swagger is recognized and respected in both underground and mainstream circles. While other artists were ushering in the Hip Hop revolution, he was keeping it honest. He reminds listeners that there’s a difference between Rappers and MC’s, mainstream Rap and conscious Hip Hop

It may be easy for Datsik traditionalists to lament the loss of certain familiar sounds, but Down 4 My Ninjas is a study in artistic progression. Both “Astronomical” featuring Walt Grizzly and Datsik’s collaboration with Twine, “When They Drop”, riffs on classic Gangster Rap beats; close your eyes and imagine Ice Cube, Easy E, Dr. Dre, and Snoop spitting lyrics in a cold garage in Compton donned head to toe in silver and black Raiders gear. Both the tracks are loaded to the brim with bass, and the synth arrangements are designed to disrupt your inputs/output signals in ways unimaginable two decades ago, even to N.W.A .

Certain questions remain, though. Do these collaborations speak to a shift in business tactics? A melding of EDM and Hip Hop? A shifting demographic? Will this be a passing phase or the new paradigm? Or is Hip Hop so classic, so important to our national consciousness that what this really indicates is a return to our Hip Hop roots? Whatever it is, Down 4 My Ninjas shows a natural progression in maturity any serious artist must undergo. It’s a game-changer, and Datsik is leading the charge.

The Tracklisting for Down 4 My Ninjas is:

For more information on Datsik: