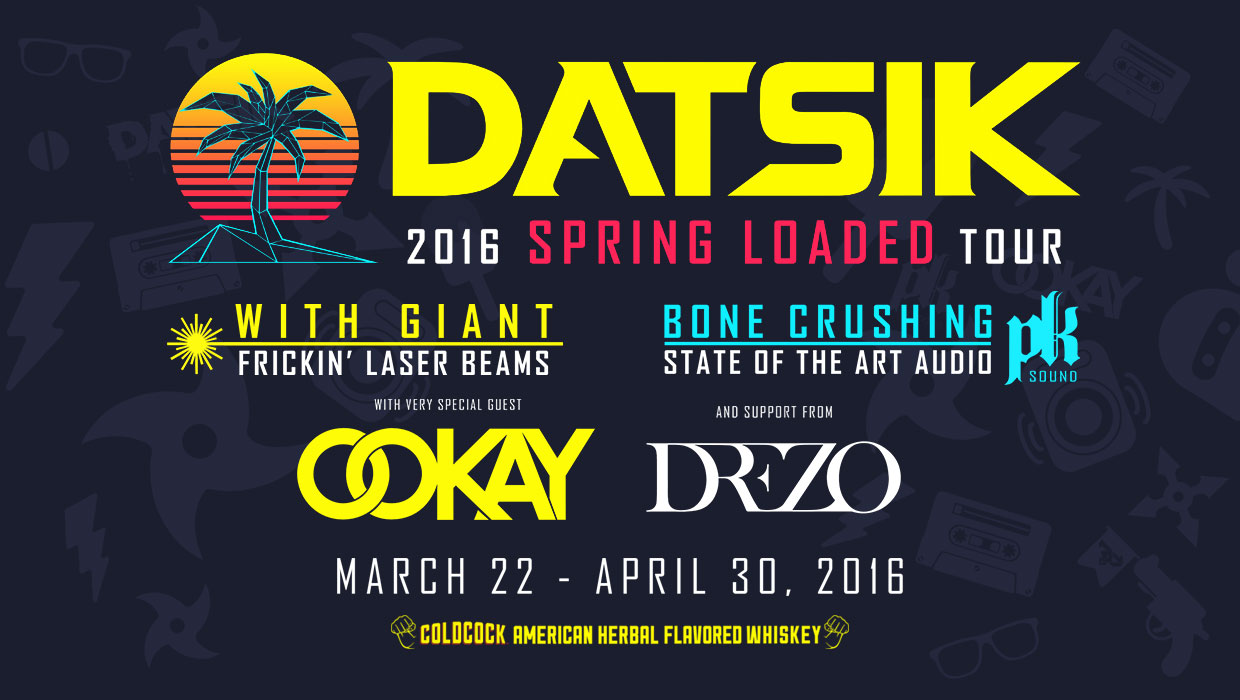 Fresh off the release of his latest single “Smoke Bomb,” a collaboration with ganja-king Snoop Dogg himself, DATSIK announces today (January 20) plans for a PK Sound bass-filled spring with fans as he takes his highly anticipated SPRING LOADED TOUR across North America beginning Tuesday, March 22 in Missoula, MT (full list of dates below). Special fan club sale starts tomorrow, Thursday, January 22 at 10am PST with limited quantities of $20 tickets per market.

For more event details and to purchase tickets to the SPRING LOADED TOUR, click here: www.springloadedtour.com

Joining DATSIK on his ‘Spring Loaded Tour’ will be OOKAY and up-and-comer DREZO. As direct support for the tour, OOKAY will be the perfect addition to DATSIK’s already bass-heavy sets, known to hype the crowd to unparallel levels when on stage in front of thousands of fans. From humble beginnings, San Diego- based producer, OOKAY (pronounced “Okay”) exploded onto the electronic dance music scene and left a permanent mark resembling his now iconic bandana. With a rapidly growing fan base, due in part to his hilarious Twitter persona, OOKAY has proven that age isn’t a factor and has quickly become one of the young leaders in the league of superstar Trap producers.

Further, backed by Diplo, Dillon Francis, DJ Snake, Tchami, and Major Lazer, DREZO has taken the air waves by storm with his latest original single “Guap.” In preparation for his spot on the tour, DREZO has in store for fans future collabs with Dillon Francis (and DJ Hanzel), sure to spitfire his career even further in the transgression of the next few months.

Look for DATSIK to release a new EP in March on his Firepower Records around the launch the tour.  Details coming soon.

Check out DATSIK on tour in the following cities: